If you served, worked or lived at Marine Corps Base Camp Lejeune, North Carolina, between 1953 and 1987 and were exposed to contaminated water, you may be entitled to compensation.

Get the help you need! Contact us today and get your FREE Camp Lejeune Water Contamination Handbook. 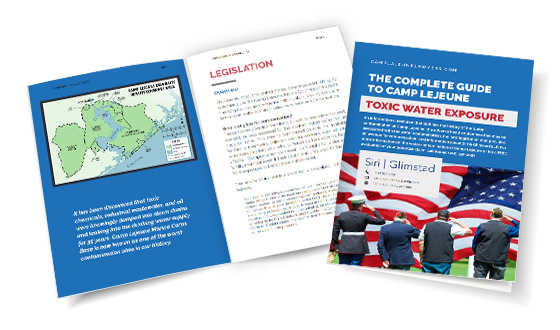 Get Your Free Handbook Now!

Fill out the form below to see if you qualify and we will send your book within 24 hours:

From 1953 through 1987, contaminated drinking water at North Carolina’s Camp Lejeune Marine Corps Base and its satellite sites put as many as one million people at risk for cancer and other serious deadly illnesses. It has been discovered that toxic chemicals, industrial wastewater, and oil were knowingly dumped into storm drains and were leaking into the drinking water supply for 35 years. Camp Lejeune Marine Corps Base is now known as one of the worst contamination sites in our country’s history. Those affected include Veterans, their families, school children, patients in hospitals, workers, and civilians. 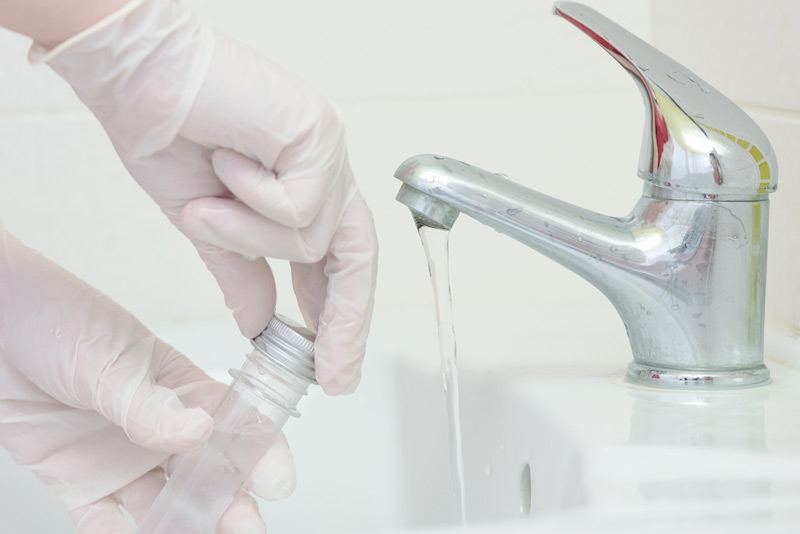 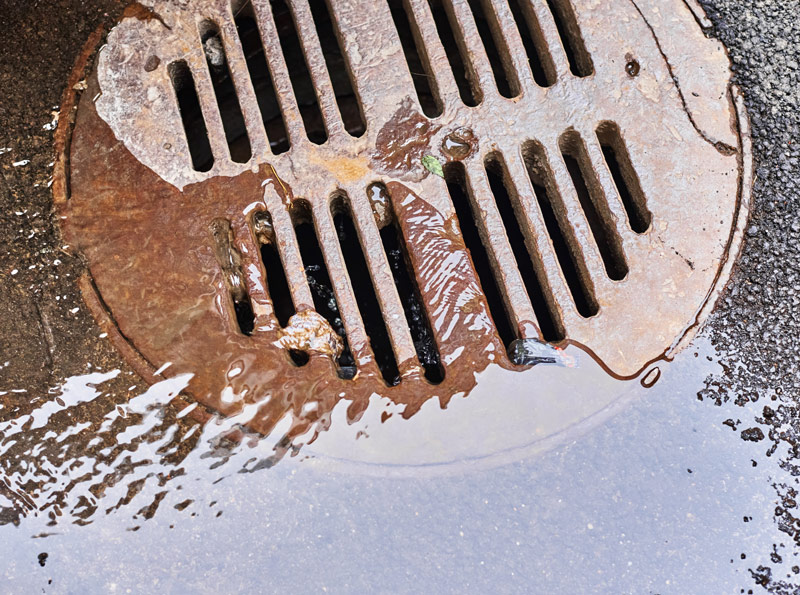 It has been reported that family housing units, hospitals, and even schools may have had drinking and bathing water contaminated with one of the following toxins: Trichloroethylene (TCE), Perchloroethylene (PCE), Benzene, and Vinyl Chloride.

Sadly, the government knew about this contamination. Between the years 1953 and 1987, levels of the cancer-causing agents, PCE and TCE, found in the groundwater at Camp Lejeune far exceeded recommended safe levels allowed by the Environmental Protection Agency (EPA). These standards are outlined in the Safe Drinking Water Act.

In 1987, 35 years after the water first became contaminated, the base finally shut down the water treatment plant. It has even been reported that senior base officials tried to keep the contamination issue quiet rather than alert people to the problem.

Sadly, up to one million people are now facing the biggest battle of their lives as they fight various cancers and other serious illnesses from exposure to Camp Lejeune’s water contamination. No help has been available, until now. Read on for additional information.

Cancer and Other Serious Illnesses

Due to exposure to contaminated water, those who worked or lived at Camp Lejeune Marine Corps base from 1953 through 1987 are at an increased risk of developing numerous types of cancer and other very serious health issues, including:

On June 16, 2022, the United States Senate passed H.R. 3967 which includes the Camp Lejeune Justice Act of 2022 (“the Act”). The Act provides an avenue for individuals injured by exposure to the toxic water at Camp Lejeune to receive compensation. 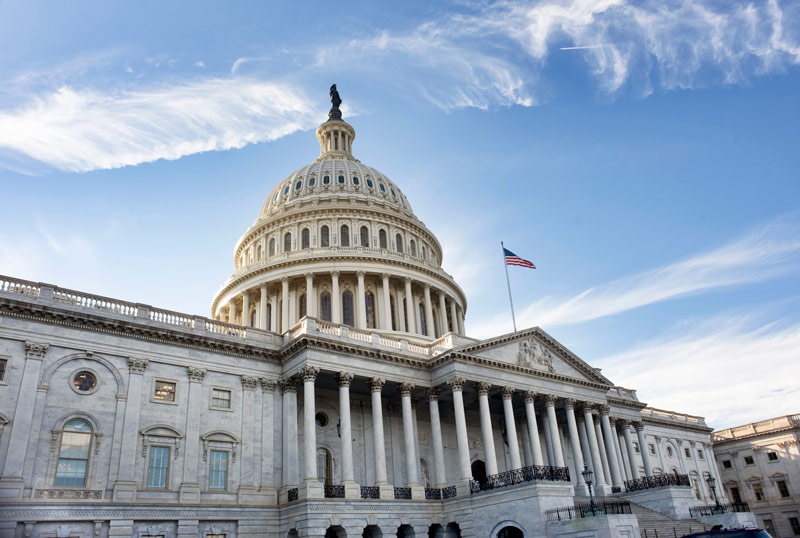 Who is eligible for compensation?

The Act covers service members as well as anyone who lived, worked, or was exposed to the contaminated water for 30 days or more. This means compensation may be available for family members, children, civilian workers, even children who were in utero and who suffered certain adverse health effects. Compensation can be sought for a deceased family member even if their death was unrelated to the injury from exposure to the contaminated water.

The scope of individuals covered is described in the Act as follows:

An individual, including a veteran (as defined in section 101 of title 38, United States Code), or the legal representative of such an individual, who resided, worked, or was otherwise exposed (including in utero exposure) for not less than 30 days during the period beginning on August 1, 1953, and ending on December 31, 1987, to water at Camp Lejeune, North Carolina, that was supplied by, or on behalf of, the United States may bring an action in the United States District Court for the Eastern District of North Carolina to obtain appropriate relief for harm that was caused by exposure to the water at Camp Lejeune.

Do I have to prove my injury was a result of the water contamination?

Yes. An individual who files an action alleging harm caused by exposure to the water at Camp Lejeune will still have to prove a relationship between the contaminated water and the harm, so retaining an attorney to assist you through this process is highly recommended.

The burden of proof shall be on the party filing the action to show one or more relationships between the water at Camp Lejeune and the harm.

Can I file if I am already receiving benefits for my injury that resulted from exposure to the contaminated water?

Yes. An individual or the legal representative of an individual who is already receiving health and disability benefits for harms or health conditions related to their exposure to the toxic water at Camp Lejeune can still file an action for compensation. However, any award made will be offset by the amount of the disability award, payment, or benefit that has been provided to that individual or legal representative.

How long do I have to file an action?

An individual or the legal representative of an individual has the later of two years after the Act becomes a law or 180 days after the date on which the claim is denied by a federal agency under 28 U.S.C. Section 2675. 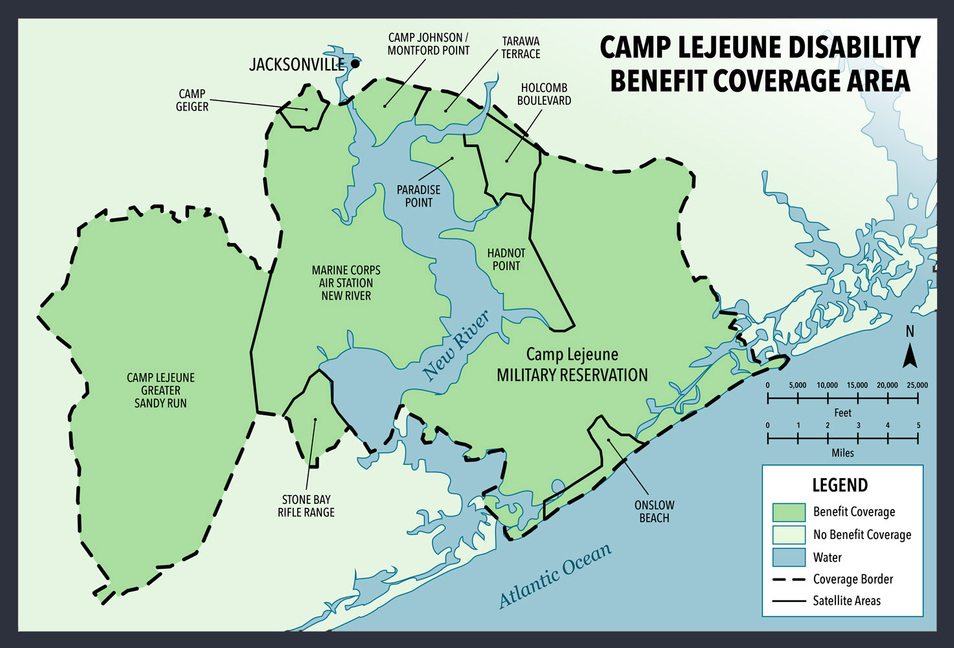 No Cost For Representation